Valuation, Senegalese Customs back to standards

You are here:
News 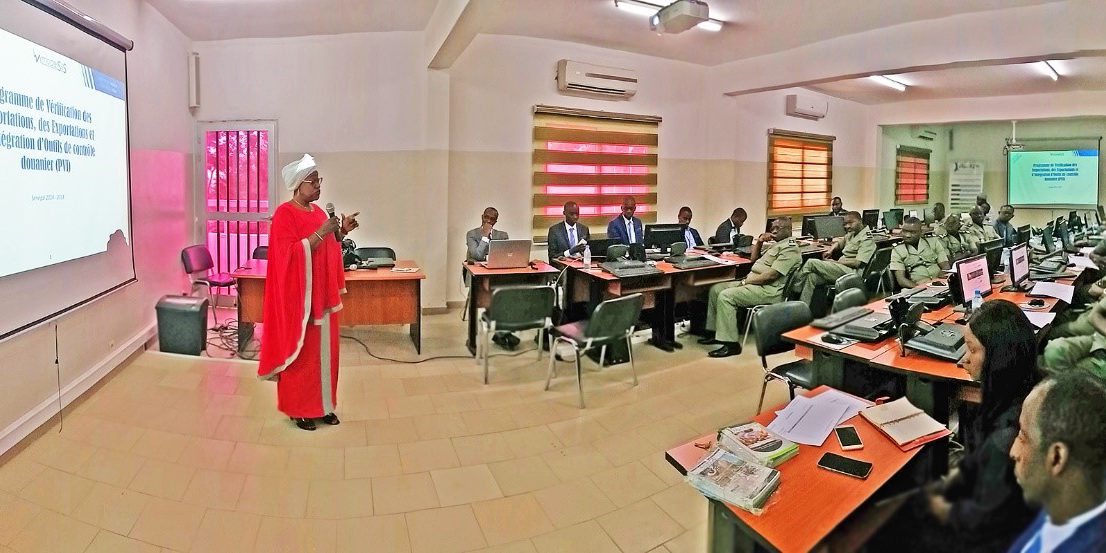 Dakar, 12 June 2019 – The customs training school in Dakar hosted, on 11 and 12 June 2019, a training program that saw the participation of about 50 verifying and investigation officers, on the system developed by ModelSis and aimed at supporting officers in the proper analysis of the transactional value of imported goods, as part of the import verification program 2014 – 2019.

This system dubbed VALOREM is a software translation of the provisions of the agreement for the implementation of Article 7 of the General Agreement on Tariffs and Trade (GATT). Thus, through a dedicated interface, customs brokers shall henceforth provide any information likely to certify the accuracy of the declared transactional value, through the Declaration of Valuation Particulars (DEV in French).

Though a distortion of the regulation has recently been observed, with verifying officers no longer claiming the said document (DEV), the system developed by ModelSis will help correct this neglect and will enable all stakeholders of the clearance chain to abide by this obligation, but also to work on the basis of reliable information through a system meant to be equitable, uniform and neutral.

Thus, after a first round of training sessions staged in December 2018 and intended for customs brokers, with some 200 declarants attending, this second round initiated by the Department of Customs Intelligence and Investigations (DRED) touched two cohorts of operational officers, the objective being to ensure the appropriation of the tool by both field officers and investigators.

In the introductory presentation, accent was laid on the genesis of import verification programs in Senegal, and then on the valuation analysis system itself, and its various components and functions. For the record, with the description and origin, the value of imported goods is one of the key elements in a clearance process, hence the importance of an effective ownership of this tool which, at stake, will enable customs to prevent and combat valuation-related frauds and optimize revenue.

The training session was held ahead of the launch of the VALOREM system that has been entirely integrated into the customs management system (GAINDE), and the acceptance of the results emanating from the tool is left at the discretion of the verifying officer that remains in charge.

The development of VALOREM stretched from 2015 to 2017 and all the stages had been submitted to the validation of the Work Group set up by customs top management to ensure the monitoring thereof.